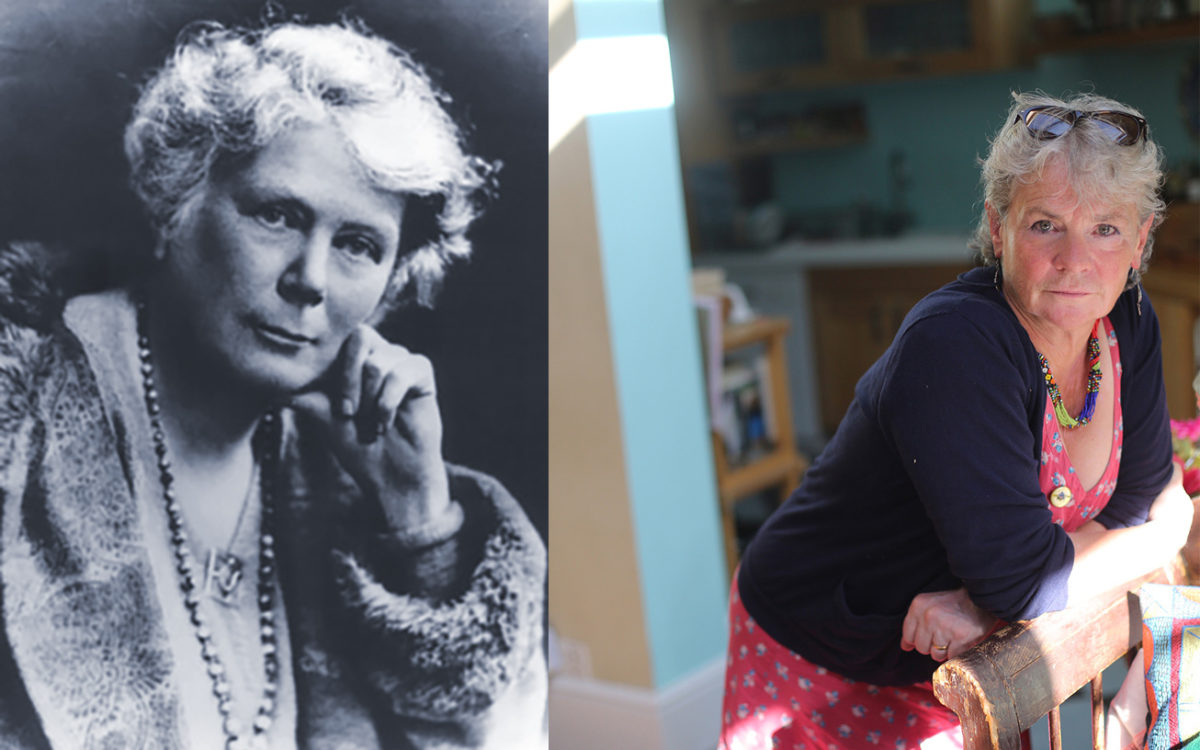 Lucy Neal has been ‘making art as if the world mattered’ ever since co-founding the London International Theatre Festival (LIFT) in 1981. LIFT brought participation, pyrotechnics and polyrhythms into the public realm, creating spaces for practitioners who were censored in their own countries. ‘Places remember events’ says Lucy, and Kings Cross was full of them. She talks here about a site-specific LIFT project at the then abandoned Midland Grand Hotel.

Then, in the mid 90s, while minding her young family and thriving festival, a box of papers belonging to an intriguing ancestor landed in Lucy’s hands. Mary Neal, Lucy’s great-great aunt, had instigated the English folk-revival. Morris dancing seems like a rather niche male pastime, but Mary had put women’s empowerment and social justice front and centre. Yet she had almost been written out of history, while Cecil Sharp was remembered. In 2005, Lucy began retracing Mary’s steps through Somers Town.

Mary Neal escaped ‘the pageant of snobbery’ among the rural middle classes, and moved into workers’ accommodation on Dukes Road with fellow suffragette Emmeline Pethick-Lawrence. Together, they opened the Esperance Club (1895 -1914, Cumberland Market): an experimental venue for singing, dancing, workers’ rights, journalism, and a dose of sex education. The young girls who attended travelled the length and breadth of the country, singing and dancing traditional folk numbers. In some cases, they earned enough money and recognition to escape their impoverished life in the sewing factories of Somers Town.

Lucy describes a spark of recognition when she stepped into Mary’s story. Here was an ancestor who believed in nurturing spaces of creativity, rather than dishing out bread. But Lucy had to ‘square up to Mary’ and reimagine the story in a way which spoke to the present, aided by contemporary choreographers and children from Edith Neville school on Ossulston Street. On February 2009, Lucy gave Mary Neal’s archive to Cecil Sharp house – an act of reconciliation between the two principles in the folk revival. Mary had fallen out with Cecil Sharp because Cecil had believed the canon should be fixed, while Mary believed in spontaneity and innovation. ‘If she was standing right next to me, she would have made a joke and we would have a drink. She was very good at drinking,’ says Lucy.

Story and portrait of Lucy Neal by Laura Mitchison