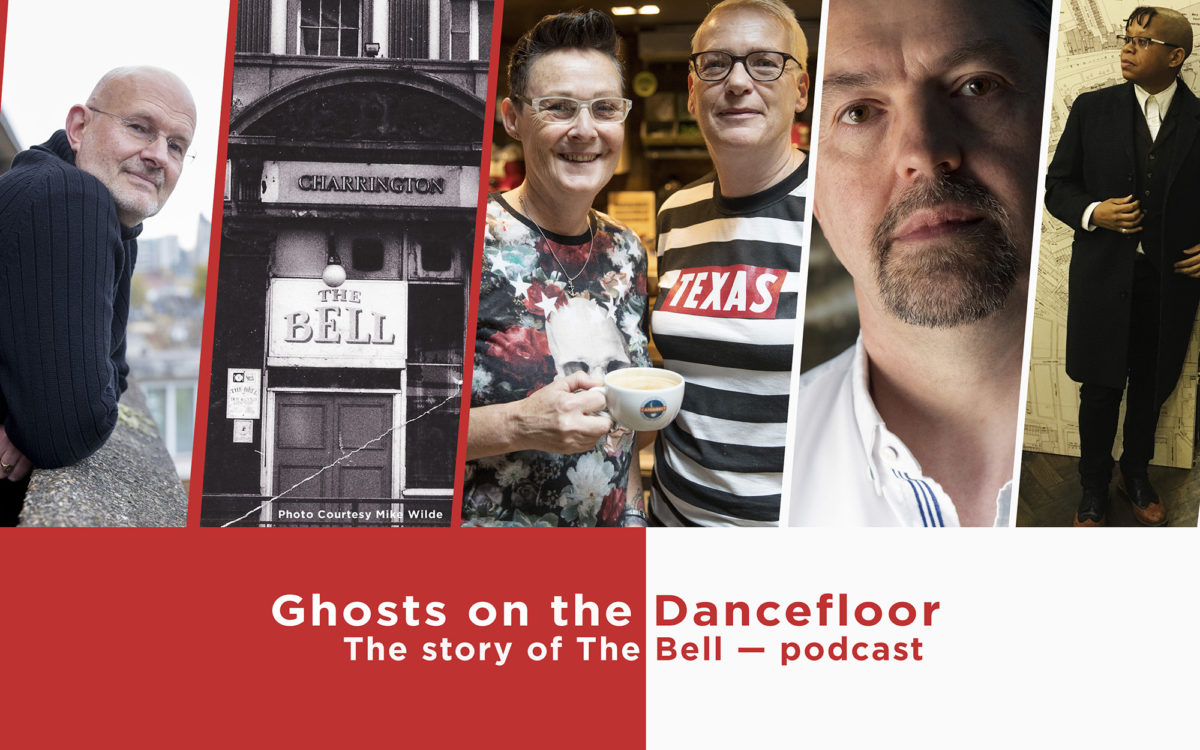 A podcast opening the door to the Bell, an iconic lesbian and gay pub of the 80s and 90s.

Kings Cross. A run down part of London, haunted by addicts, homeless people, sex workers – and queers, drawn there by the music and energy of one pub.

Situated on Pentonville Road, this shabby Victorian pub was a sanctuary to lesbians and gay men from 1982 to 1995, a time when the AIDS epidemic provided a convenient excuse for unprecedented attacks on their lives and liberties from the media, police and the government.

The Bell was somewhere to escape to. Somewhere to drink and dance, laugh and love.

The music was key – eclectic, alternative, underground. The look was unmistakeable – flat tops in 501 jeans, made-up Goths in swathes of black, plumed dykes in leather and studs.

And, running through the veins of every tribe, a spirit of protest, resistance and justice.

This mix of counter cultural music, looks, love and liberation is given voice in this podcast featuring the memories of those who were there and called the place home, who share tales of toilets, tantrums and learning to waltz. Of the losing battle against gentrification in the area. And why, thirty years on, they’re still dancing to the beat of the Bell.