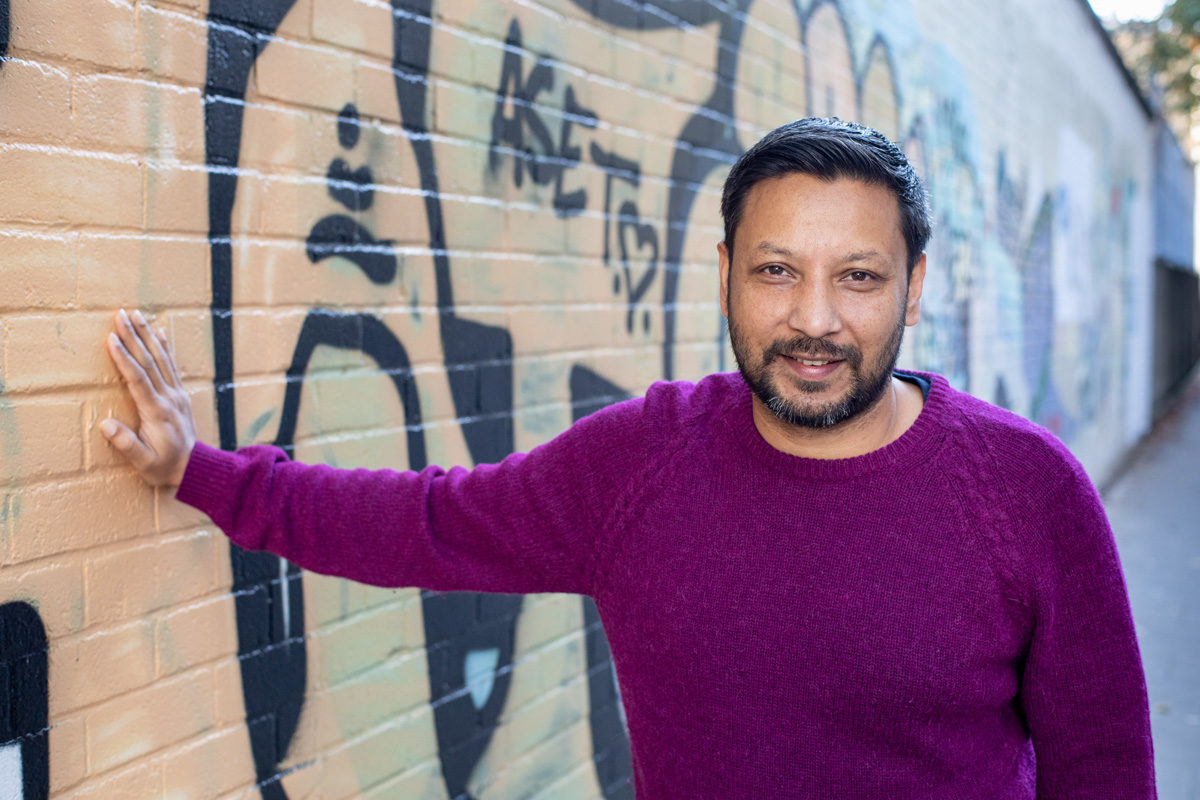 ‘I remember looking in the passport and thinking, wow, we moved here on New Years Day’

Like a lot of men of his generation, his father was an economic migrant, who had come to the UK from Bangladesh in the 1960s to earn money in Britains then prospering manufacturing sector. After seeing the opportunity that existed, his father decided to stay, and brought the family over.

Nassar remembers the loneliness when he arrived, and how — with the encouragement of an uncle — football helped break down the barriers. Growing up on Regents Park Estate, there was also the racism to contend with.

‘Coming home from school was a bit difficult… I’d have a dog set on me, someone would throw an egg at me or call me a Paki.’

Despite the obstacles, Nassar has positive memories of growing up in the area and playing in the green spaces that are slowly making way for new development.

Nassar currently works at the Surma Centre in Euston, helping the local Bengali community with advice and advocacy services.